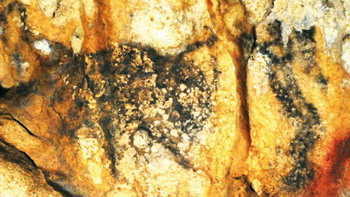 The oldest representation of a man interacting with an animal dates back to 23,000 BC.

This animal is none other than a bull.

This image is found in Dordogne (France) on the walls of the Villars cave.

The prehistoric man is facing the bull. He holds an object in his hands. A decoy or perhaps a weapon. Could this first “encounter” be a bullfighting representation?

This is the interpretation proposed by the prehistorian Leroi-Gourhan, the historian Georges Charrière and André Viard, president of the ONCT.

« A man charged by a buffalo » at Villars 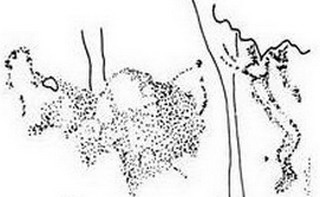 « The man chased by a buffalo » at the Roc de Sers 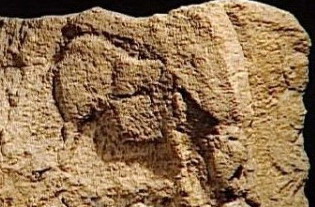 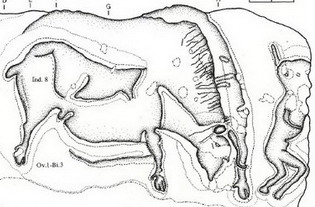 « The man gored by a buffalo » at Lascaux.

Who are we? – JC Domergue