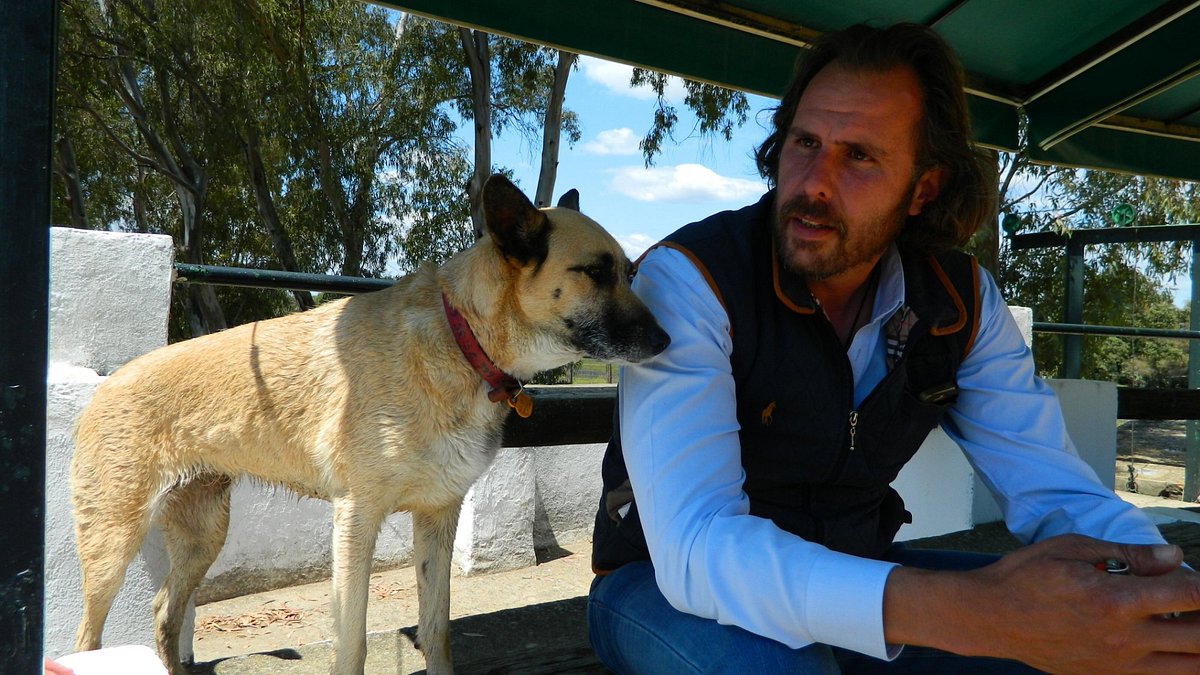 I grew up in the 1980s in Montpezat, a small village around Nîmes in France. Bulls and horses have always been part of my life. It is my culture. My passion. SInce ever.
In 2012, a moment of calm in my professional life allowed me to come here, to Gerena, to experience the toro. Through friendships and acquaintances, who know each other, who know each other … and thanks to the agreement of Fabrice, the mayoral of the ganaderia, it was possible for me to join the staff of the finca Mirandilla.

Under the benevolent eye of Marruchi, wife of Don José Luis de Samaniego, the Marquis of Albaserrada, I took my first steps in the world of professional bullbreeders.

There, under the guidance of the cowboys, I discovered the other side of the mirror and I assimilated the basics of working with brave cattle. My aficionado readings became reality. My childhood dreams came true.

Since then I have taken charge of the finca’s stables and have become a picador.

But more than anything, I have discovered the extraordinary pleasure of accompanying you on a trip to the heart of some of the most important ganaderias in Andalusia. There, in the intimacy of the Sevillian cortijos, I tell you the story of the toro and of the thousands of years of exitance of this strange rite that is bullfighting.

“Bullfighting don’t need to be defended, it must be explained.

About men and bulls – Did you know?